I guess that everyone gets more or less the same first impressions about this country. Breathtaking landscape: mountains, glacial lakes, long roads, winding rivers. Huge distances: half an hour sometimes to the nearest town. Sheep all over the place. And, being a fan of the Lord of the Rings, I couldn’t stop seeing Gondor and Rohan everywhere.

We landed during the night in Christchurch, the most important city of the South Island. Coming from the hot Australian summer, we immediately felt the drop in temperature: it was not hot anymore. It was chilly, and you could almost feel summer was ending. It was the end of February. I got a little sad. 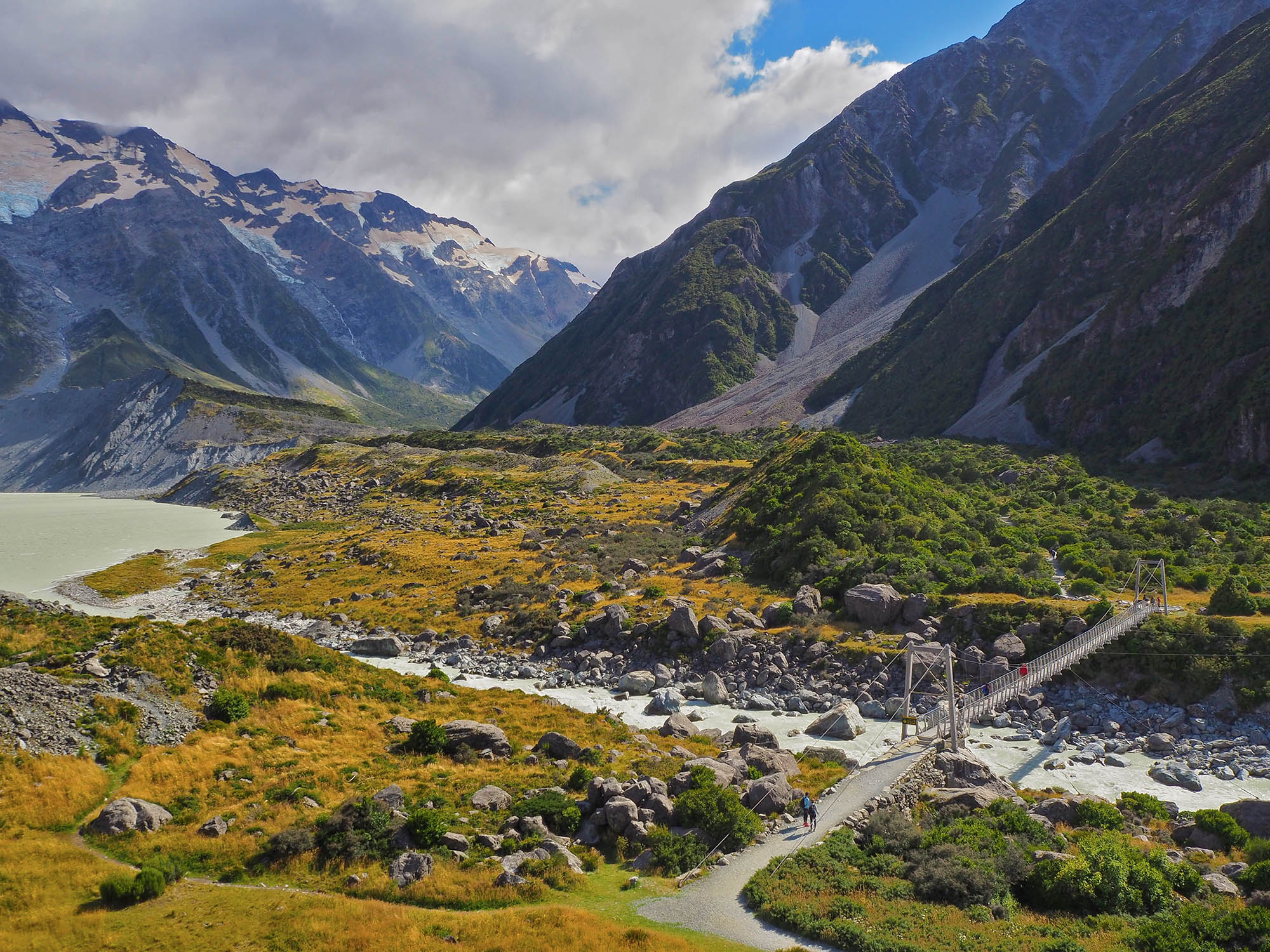 Christchurch, the second biggest city in New Zealand, is, at the moment, a pretty much uninteresting town. It was badly damaged during the Christchurch Earthquake, 22nd of Feb 2011, which killed 185 people and destroyed much of the city’s downtown. Extensive renovation has been going on, but it feels like they are rebuilding a city of the past instead of building a city for the future. And without any charm.

The next morning we we’re picking up one of us at the airport and going straight to lake Tekapo, where we would go on the famous Hooker Valley track in the also famous Mount Cook National Park. The trip was much longer than we though and, after an amazing sunset on the road, we found our camping spot next to a river.

The next day we drove to the starting point of the route and started walking. it was not a very long walk, and pretty crowded, but it was extremely windy. It was so windy it would make you laugh, and maybe fall. At the end of the track we could see the tip of the glacier, far away. We stopped to have lunch on the way back on a roadside parking spot with crazy views over the plains of Gondor. 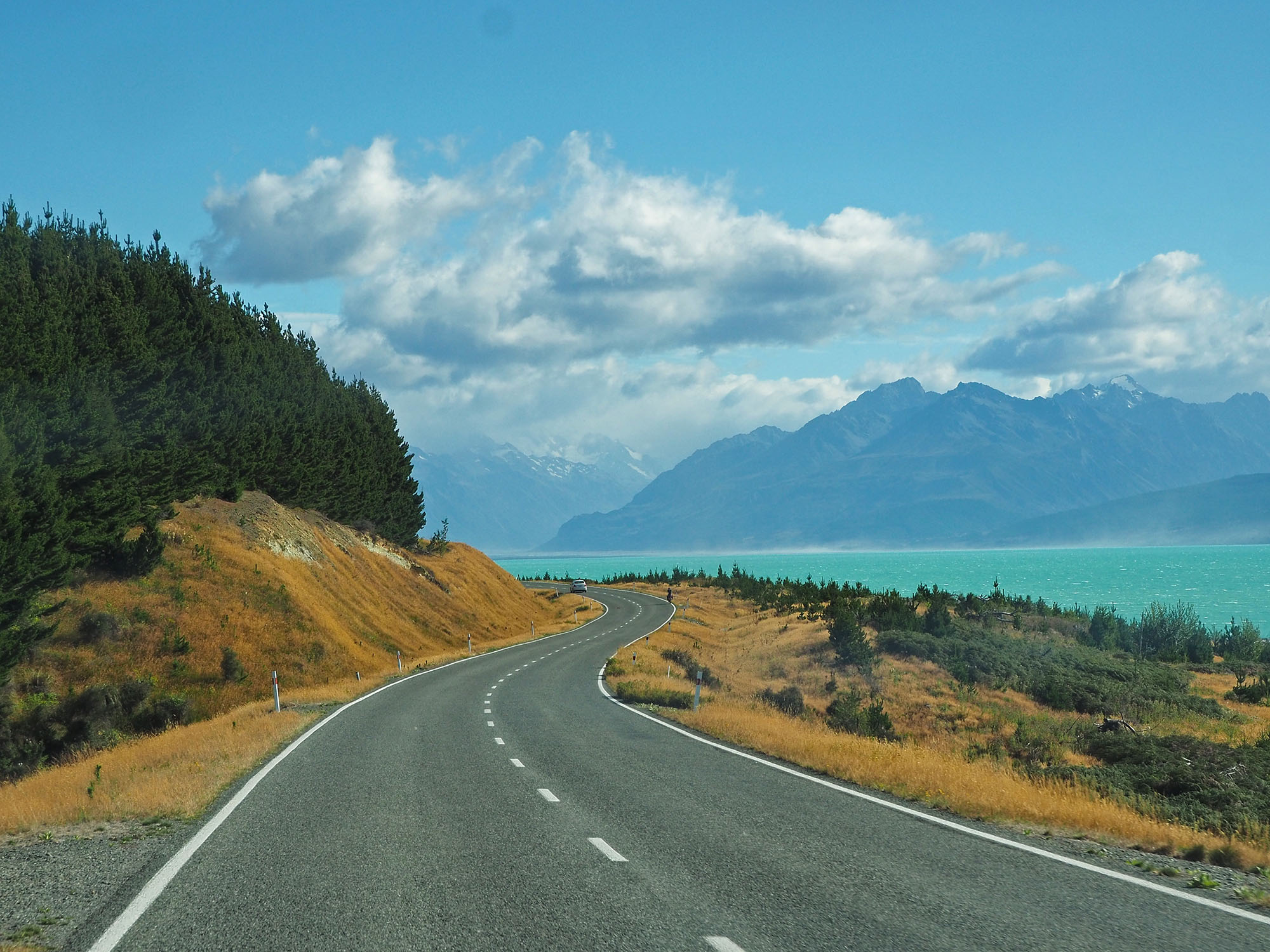